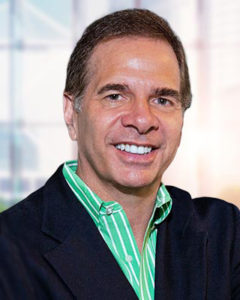 Barry T. Cervantes is, in many respects, the proverbial Renaissance Man. Born and raised in St. Louis, Barry is the proud father of two wonderful young-adult children, Hollyce and Connor. While Barry’s business successes are numerous, he has striven to incorporate major non-profit activities into his life as well. His dynamic leadership skills are well known and among some of his greatest assets. As testament to those skills, Barry has founded, managed and presided over a significant number of highly successful businesses and non-profit entities, both civic and charitable. A primary tenet in Barry’s life philosophy is the importance of balance in one’s business life, family life and spiritual life.

Barry’s successes were manifested early through his academic career culminating in a MBA from St. Louis University’s prestigious John Cook School of Business which was preceded by a Bachelor of Science in Psychology from University of Santa Clara (which he completed in 3 years). Barry also holds two post graduate degrees in Insurance: Certified Insurance Counselor (CIC) and Charter Property Casualty Underwriter (CPCU).

Among a number of his major business “wins” are the founding, management and subsequent sale of Gateway Insurance, a $40 million revenue specialty insurance underwriter which he sold in 2005 in a multi-million dollar transaction after a 20 year ownership; the management and subsequent sale of a $10 million revenue transportation company and the development and the founding and subsequent sale of a $1.2 million insurance brokerage. These are in addition to a number of other small business endeavors as well, demonstrating his ability to not only manage large-scale commercial enterprises but an expertise working with “mom and pop” businesses. As an example of Barry’s small business expertise, he founded and oversaw the Maryland Fitness Center, an independent health club with over 1000 members and 12 full time employees.

Barry brings the same enthusiasm and leadership skills to a multitude of civic and non-profit entities with years of experience in the for-profit arena as well as civic, community and not-for-profit sectors including:

In addition to these leadership roles, he currently serves on the board of directors of the St. Louis University Business School and St. Louis Science Center, among others. His experiences have been enhanced by serving on the Boards of Directors and committees for many of these organizations. As Barry stated, “I may have a long track record in the business sector, but volunteer work is my passion.” Barry notes that Spiritual facilitation is of great importance to him, demonstrated by his service as a Stephen Minister (extensive training in Christian care-giving) as well as a Stephen Leader through Salem-in-Ladue United Methodist Church. In addition, Barry is the current and past forum moderator of the Christian-based Fidelis Group, as well as the Omega Group for many years.

Barry’s Bachelor’s degree in Psychology has provided him a strong foundation for developing a better understanding of people, especially himself. His MBA, as well as the years managing various businesses, are the cornerstone of the foundation of Camelot Life Coaching. Through the Gardner Institute in Dallas, Texas he is both a graduate in Core Coaching and also a licensed Mindset for Success coach as well as a member of the International Coach Federation (ICF).

Barry now brings this extraordinary wealth of experience to support the personal, financial, and spiritual success of Camelot clients.